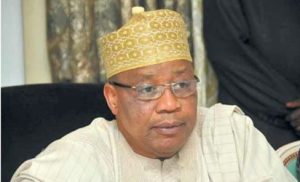 Former military President Ibrahim Babangida has spoken on the controversy around the statement he issued about the 2019 elections.

In the statement well-circulated in the media on Sunday, the retired military ruler, better known as IBB, asked Nigerians to have patience with President Muhammadu Buhari till his tenure ends in 2019.

He also harped on the need to have a new breed of leaders.

But shortly after that statement signed on his behalf by Kassim Afegbua, his spokesman, was made public, a counter-statement was released.

The new statement denied some of the critical issues raised in the previous one, saying IBB had “unfettered channel of communication with the highest authorities”.

The newspaper said when Babangida got informed that a counter-statement had been issued, he instructed Afegbua to reach out to media houses reaffirming the validity of the first statement.

Babangida reportedly said the second statement was issued by friends and had nothing to do with him.

However, the ex-president was said to have expressed dissatisfaction with the way the statement he issued was treated.

Nigerians reacted to the controversy in different ways.