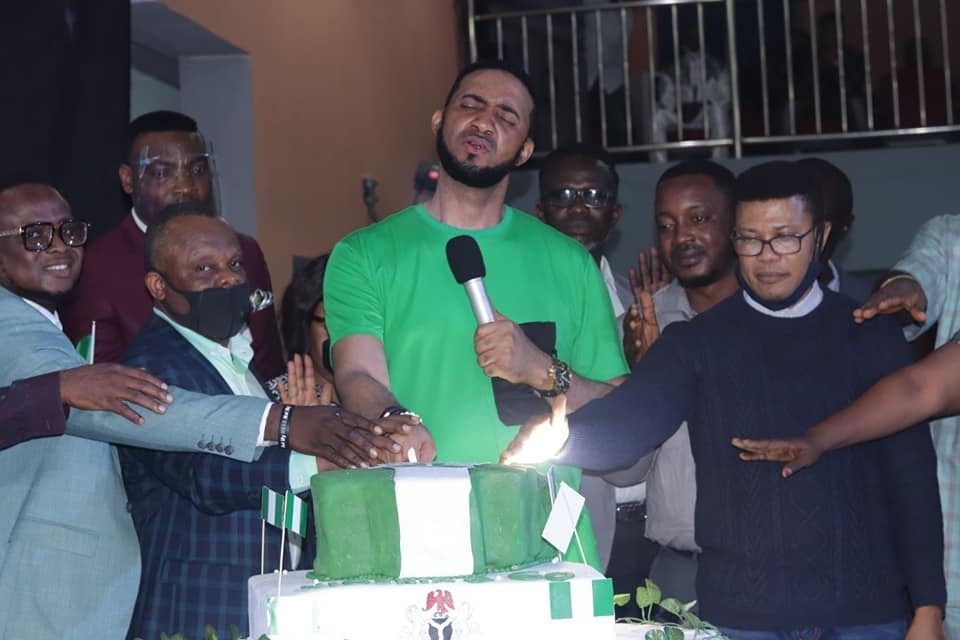 – Nigerians are very patriotic… Dr Chris Okafor
– Grace Nation Prays against any bloodshed and terrorism in the country
Grace Nation international under the anointed Servant of God, Dr Chris okafor joins the rest of Nigerians to celebrate the 60 years independent anniversary of the country with a special prayer session to appreciate God for the love and unity among Nigerians that has kept all together despite ethnic, political and religion differences.
In his welcome speech, the Senior Pastor of Grace Nation international popularly refers to as The Generational Prophet of God Dr Chris Okafor remarked that it has been God who has been sustaining the country, he said Nigerians are so patriotic in their ways of life despite, poor leadership, terrorism and political violence, Nigerians are still united
While praying for the country, the Clergy pray that the blessing of God that override the curses of bloodshed, terrorism and bad political ideology falls on Nigeria as the Nation Mark another birthday, he said God will show Nigeria mercy, show all our leaders mercy and wisdom to take the country to the promise land, he however remarked that any agitation by individual or group that will bring positive development to the country, for the purpose of unity, God will support such move in Jesus Name Amen
In his sermon earlier at the service he tagged Freedom in the Country with Topic ‘’HOW BLESSINGS AND CURSES NEUTRALIZING ITSELF’’ the Generational Prophet of God analysis 7 ways to receives blessing to neutralized curses, he highlighted that blessing neutralized the curses of sickness, Drought, failure and financial difficulties, he said blessing is the direct opposite of curses, so if there is a curse, the is also a blessing to neutralized the curses
The prophetic movement took another dimension at the service, the man of God Dr Chris Okafor do what he knows how to do best, calling names and revealing the causes of people problems and profiling solutions, so many people were delivered from family altars, sickness and barriers were lifted, the kingdom of the devil was depopulated while women looking for the fruit of the womb see God mercy in the life….