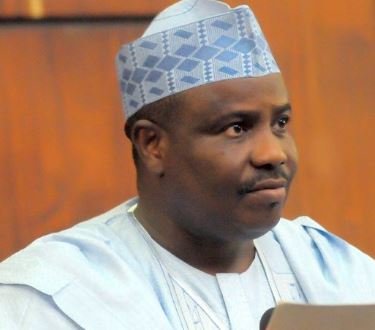 The son of Special Adviser to Governor Aminu Waziri Tambuwal of Sokoto State and three others, except the 5th person, were on Friday arraigned before a Sokoto Chief Magistrate Court  by the Police for alleged rape, criminal conspiracy and character defamation.

Also filed against them were charges for act of gross indecency, abetment, sale of obscene book and printing or engraving matter known to be defamatory.

Hafiz Ja’afar , the 5th defendant is still  at large.

According to him, the complainant alleged that sometimes in the year 2017, Baffa took her daughter when she was 16 years old, lured her to Phoenix Guest Inn, on the Eastern Bypass Sokoto and unlawfully had carnal knowledge of her and thereafter, recorded her nudity in an 18 seconds video clip.

According to the mother who also alleged that the suspect conspired with Umar Abubakar, Mas’ud Abubakar Gidado and Aliyu Shehu Kangiwa and Hafiz Ja’afar, said the nude video was circulated on social media which resulted to the termination of her daughter’s wedding scheduled to take place in October, this year.

“The contents of the FIR as it relate to 1st defendant is ambiguous and therefore, incompetent in view of the provision of section 90 of the administration of criminal justice law, 2019 of Sokoto State.

“An objection to incompetent charges can only be raised before the plea is taken. We therefore argue that the FIR contents are ambiguous, therefore be rejected by the court,” he said

Similarly , Counsel to the 2nd, 3rd and 4th defendants, Barrister Yahya Y. Gwaza who also objected to the charges, argued that there was no sufficient material in the FIR contents  linking the defendants (clients ) with any offence.

According to him: ” by the provision of Section 90 of the Administration of Criminal Justice law of the state,   the FIR must link the defendants with any of the offences.”

He further pointed out that ” even from the FIR, the complaint of the complainant is against the 1st defendant alone,” Gwaza argued.

However, he urged the court to release the 2nd defendant on bail because he had been seriously sick while in the police custody.

In his ruling, the Presiding Magistrate, Chief Magistrate Shu’aibu Ahmad adjourned the case to next week Monday to allow the police file the charges properly.

Meanwhile, he ordered that the suspects be remanded in the custody of the Criminal Investigation Department of the police.