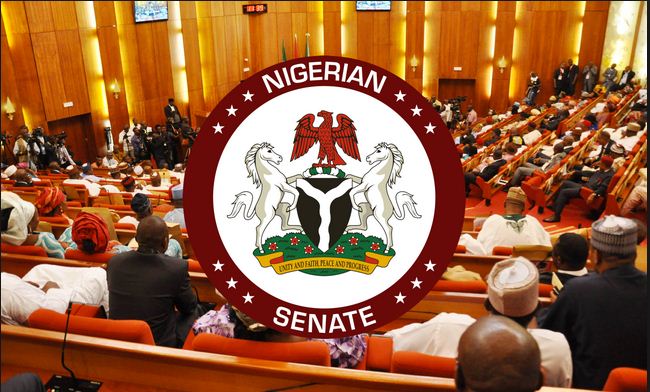 In what order should the 2019 elections be conducted?

This was the bone of contention among senators at plenary yesterday during debate on the report of the conference committee which harmonised the grey areas to the amendments to the Electoral Act.

The House of Representatives passed the bill without hitch.

Some members of both chambers of the National Assembly constituted the committee.

Section 25(i) of the amendment bill, which places the National Assembly poll first in the sequence of elections sparked the row.

The bill was passed and concurred with by both chambers of the National Assembly before it went for harmonisation.

It is in the process of being sent to President Muhammadu Buhari for assent.

Under the bill, the governorship and Houses of Assembly elections come after the National Assembly poll. The presidential election comes last.

Senators, who kicked against the bill, said it was self-serving and targeted at the President Muhammadu Buhari’s re-election bid.

But those in support faulted them, saying it was not the first time in the nation’s history that National Assembly polls would be coming first in the order of elections.

At plenary, Senator Abdullahi Adamu’s argument against the bill was truncated by Senate President Bukola Saraki.

Adamu led nine other senators out of the chambers to address reporters. The group said the amendment was in bad faith.

Speaking one after the other, they picked holes in the bill, saying it was skewed against the President.

They said the amendment was hasty and uncalled for and must not be allowed to stand.

According to the senators, the bill sought to usurp the constitutional role of the Independent National Electoral Commission (INEC) on the fixing of election dates.

The senators also faulted the process leading to the amendment.

They claimed that only 36 of the 360-member House of Representatives passed the bill.

The number, they said, was not up to the quorum required to pass a bill in the National Assembly.

They alleged that the conference committee report of the Senate and House of Representatives on the bill was not signed by some members, including Senator Suleiman Nazif (Bauchi North), its chairman.

Nazif is also the Senate committee chairman on INEC.

The Adamu group expressed worry over the financial implications of running three staggered elections instead of two.

The present harsh economic situation in the country can hardly accommodate elections in three stages, the group claimed.

They argued for the retention of the 2015 order of elections, where the presidential and National Assembly polls were held simultaneously as the first in the sequence.

In a swift reaction, Nazif, at a separate briefing, told the protesting senators that politics is dynamic, adding that laws are reviewed in line with prevailing circumstances.

He dismissed the group’s claim that the bill was targeted at the President, saying it was unfair to make such insinuation.

According to him, the amendment went through due process in both the Senate and the House of Representatives, before it was referred to the conference committee for harmonisation.

Nazif said the committee, comprising members from both chambers scrutinised the bill and consulted wide before submitting its report.

Nazif debunked the group’s claim that he did not sign the report.

He displayed a copy of the bill where he and others signed the document.

The senator expressed surprise at what he described as his colleagues belated opposition to the bill, saying the amendment was “extensively debated” by the Senate before it was passed.

Buttressing the action of the committee, which approved the amendment, he quoted Order 87 (c) of the Senate rules which says:

To them, there was nothing novel in what the National Assembly did.

The senators claimed to be 59 in all, saying others could not join them because they were attending to official matters at other locations.

Reporters’ request for their full list was not met by the senators by press time.

One of them, Senator Andrew Uchendu, noted that the amendment was in conflict with Section 132 of the Constitution which gave INEC the power to fix dates for elections.

The Rivers State lawmaker said the country had enormous problems to contend with and should be spared of additional problems.

Senator Omo-Agege, who called for division of the House at plenary, was overruled by Saraki.

He insisted that the amendment was contrary to constitutional provisions.

Chairman, Senate Committee on Media and Public Affairs, Senator Aliyu Sabi Abdullahi said there was nothing personal about the amendment, adding that it was done in the country’s interest as well as to deepen democracy.

He said those opposed to the amendment were exercising their democratic right but insisted that the right thing should always be done.

The National Assembly, Abdullahi said, was working to strengthen the electoral process and  also to ensure the conduct of credible elections in the country.