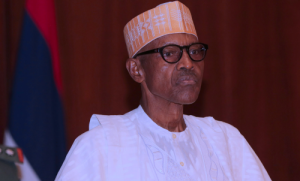 The house of representatives has summoned President Muhammadu Buhari over the incessant killings by herdsmen in the country.

The president was summoned during plenary on Wednesday.

The lawmakers asked the president to appear before them and give a briefing on the security situation in the country.

However, they did not state when the president is expected to appear. The lawmakers also passed a vote of no confidence on service chiefs for failing to stop the killings.

They also resolved to “shut down” for three legislative days to protest the killings.

These resolutions followed a motion raised by Mark Gbillah from Benue on the recent reprisal attack on a community in the state by soldiers over the death of their colleague.

In the course of deliberations on the motion, Bashir Baballe from Kano state moved an amendment that Buhari should be summoned over the killings, a prayer that was unanimously adopted by the house.

Most of the lawmakers who spoke said the crises in the country are caused by Buhari’s “failure” to compel the service chiefs to live up to expectations.

Aliyu Magaji from Jigawa state said: “The service chiefs must go. It is enough. I’m from the APC but this has gone beyond sentiments. It is a very terrible thing that is happening. People are being killed on a daily basis.”

He said: “We seem to be laying the foundation for Nigeria to be declared a failed state. If we are not able to act to nip this matter in the bud, international agencies have to come in.

“Almost everyday, we move motions relating to killings in this house. Is it that we are just coming to lament for the sake of it or what? The time has come for leaders of the national assembly to sit down with Buhari and summon the security chiefs and interrogate them on these issues.”

“The Buhari we have today is not Buhari of 1984. It is time for the president to go. He promised change when he was elected but nothing has happened,” he added.

It should be recalled that last week, a House of Representatives panel summoned Vice-President Yemi Osinbajo over the suspension of some directors at the National Emergency Management Agency (NEMA).