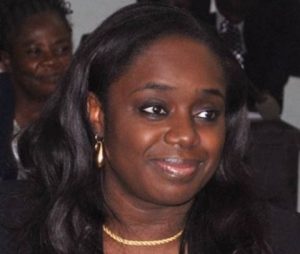 Socio-Economic Rights and Accountability Project ( SERAP ) has urged the Minister of Finance, Mrs Kemi Adeosun to exhibility responsibility and clear the air over the damaging certificate forgery allegations against her and settle the facts of the case once and for all.

It said that when those in position of public trust refuse to speak up on allegations bordering on certificate forgery, it invariably creates a psychological climate, a moral culture in which citizens are more likely to embrace illegal actions and choose to undertake them.

In a statement issued on Sunday by SERAP deputy director Timothy Adewale the organization noted that suspicions of certificate forgery involving a senior member of the government, if not urgently and satisfactorily addressed, would weaken public trust in the government’s often expressed commitment to transparency and accountability.

The organization noted that several days after being accused of forging her National Youth Service Corps (NYSC) exemption certificate, Mrs Adeosun is yet to make any official statement in reaction to the alleged scandal.

It said: “Clarifying the allegations of certificate forgery would show a commitment to doing the right thing, and a natural disposition toward openness. The continuing failure and/or refusal to speak to Nigerians on these allegations amounts to a betrayal of public trust. If she can show the courage to clear the air on the allegations, Mrs Adeosun can be a strong promoter of the values of transparency and accountability, something which the government of President Muhammadu Buhari has regularly expressed commitment to embrace and achieve.

“The failure to address the allegations may create public anger and lead to accusation of cover-up. The public can become passive and cynical if it believes that people in position of public trust are out for themselves. It is the core responsibility of any senior public official to prevent that cynicism”. It said.

SERAP recalled that Adeosun who was born in England in 1967, pursued all her education career in England and graduated in 1989 at the age of 22 from the Polytechnic of East London, now University of East London. Having graduated before the age of 30, she was by the provisions of the NYSC Act supposed to undergo a mandatory service year for her to qualify for any position, be it in public or private sector in Nigeria.

Adeosun reportedly obtained the certificate in question 20 years after her graduation in September 2009. The certificate, according to reports was purportedly signed by a late Director General of the scheme, Yusuf Bomoi who was said to have retired from service eight months earlier than the date the minster obtained the document.

The management of NYSC admitted that the Minister had actually applied for an Exemption Certificate but was not specific whether Adeosun had been issued the certificate.

In a statement signed by the Director, Press and Publications Relations, Mrs. Adenike Adeyemi, the scheme said it would investigate the origin of the purported Exemption Certificate in question.

Also, the Minister of Youths and Sports, Solomon Dalung had summoned the Director General of NYSC Brigadier General Suleiman Kazaure to obtain first-hand information from the DG on what transpired and how far the scheme had gone with the investigation. Dalung promised that as soon as he was done getting the brief from the NYSC boss, he would brief Nigerians on the matter.

Eligible Nigerians who skipped the service are liable to be sentenced to 12 months imprisonment and/or N2,000 fine, according to Section 13 of the NYSC Act. Section 13 (3) of the Act also prescribes three-year jail term or option of N5,000 fine for anyone who contravenes provision of the law. Subsection 4 of the same section also criminalises giving false information or illegally obtaining the agency’s certificate. It provides for up to three-year jail term for such offenders.