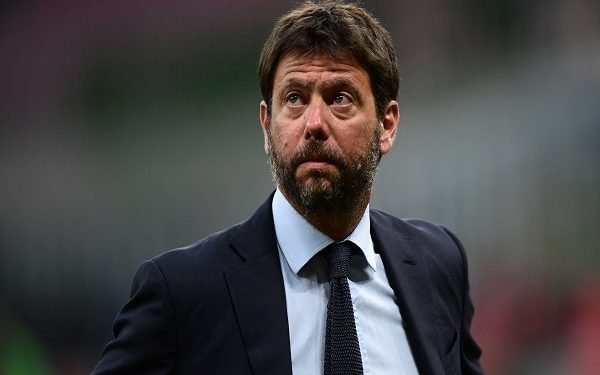 Agnelli was one of the chief architects of the breakaway plans, which involved 12 clubs from England, Spain and Italy.

But with eight of the 12 teams pulling out, he accepts it cannot now go ahead.

“To be frank and honest no, evidently that is not the case,” said Agnelli, on whether the ESL could still happen.

“I remain convinced of the beauty of that project, of the value that it would have developed to the pyramid, of the creation of the best competition in the world, but evidently no. I don’t think that project is now still up and running.”

The Juventus chairman was described as a “snake and a liar” by Uefa president Aleksander Ceferin on Monday after the announcement of the breakaway plans on Sunday evening.

Agnelli resigned his position as chairman of the European Clubs’ Association on Sunday and refused to take calls from Ceferin.

The six Premier League clubs involved all withdrew within hours of each other on Tuesday following a furious backlash against the plans.

Manchester City were the first club to pull out after Chelsea had signalled their intent to do so by preparing documentation to withdraw.

In announcing their withdrawal on Wednesday, Atletico Madrid said “harmony is essential” between the club and the fans, and added that the first-team squad and coach Diego Simeone had backed their decision because “sporting merits must prevail over any other criteria”.

In their statement, Serie A side Inter Milan said they were “committed to giving fans the best football experience”, adding: “Our engagement with all stakeholders to improve the football industry will never change.” BBC