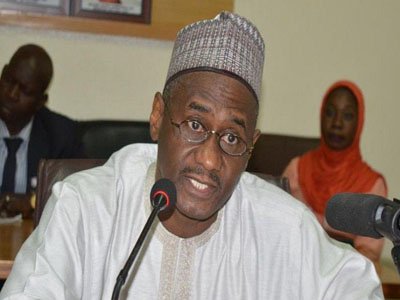 There seems to be no end to the suspension drama of the Executive Secretary of the National Health Insurance Scheme (NHIS) Prof. Usman Yusuf.

The council had noted that he would not be allowed into the office premises so as to allow the administrative panel do a thorough job.

With heavy police presence within the NHIS Headquarters, at Jabi, it was obvious that the Executive Secretary would not just go without a fight as he had challenged the power of the council to suspend him, insisting that it is only the president who appointed him that can remove him from power.

True to his words, he arrived office at around 9.am Monday morning accompanied by his aides and forced his way into the office

One of his aides broke the padlock to the gate so as to allow the vehicle of the suspended Executive Secretary in.

While the workers were still trying to resist, the police who were deployed to the scheme to keep law and order teargassed the crowd.