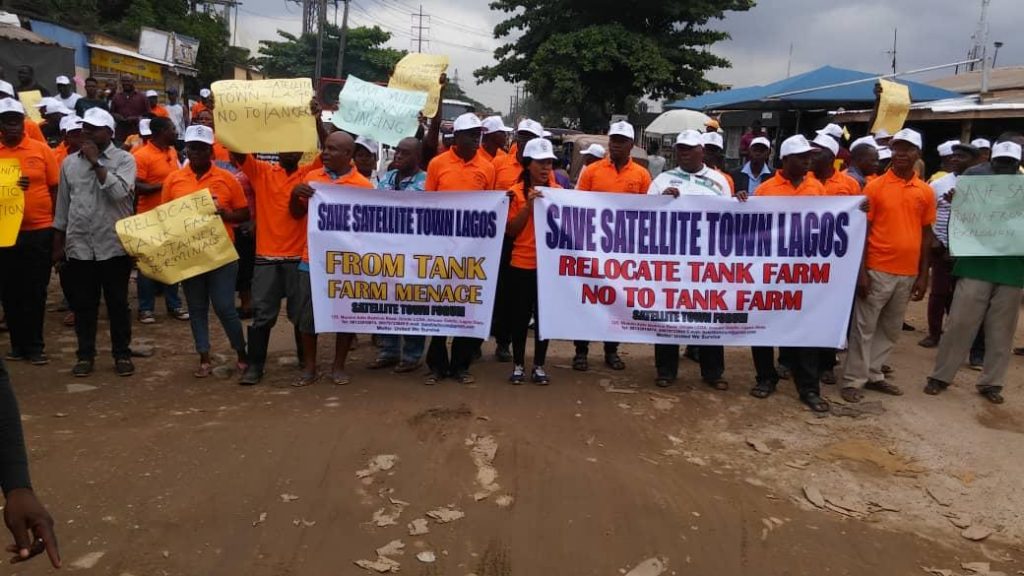 The Festering story of the Satellite Town and Tank Farm are not getting abated, if the truth must be told. Banters and expansions on the raging matter were espoused by opposing parties on the issues, and the interesting conclusion is that both parties have now agreed on a Mutual and Consolidated Agreement to move on and make things Workable in the interest of Peace, Harmony and Progress.

Residents of a largely populated area in satellite town area of Lagos state, have cried out to the Lagos state Government to come out to their aid on the activities of Tank farm in their immediate vicinity.

The residents made up mainly of all the Estates, roads and close accessed through the old, worn-out, frail,   rocky   and gully road of the area linked to old Ojo Road, Wobbly Navy Road, and the uncharted shell-Abule  Osun Road, with the broken steps and ridges and water collectors interior, are gathered here at the closest level of government.

They are   bemoaning  their  state  of  desolation   and now earnestly drawing the attention of the government to the very appalling and deplorable situation of their Community. 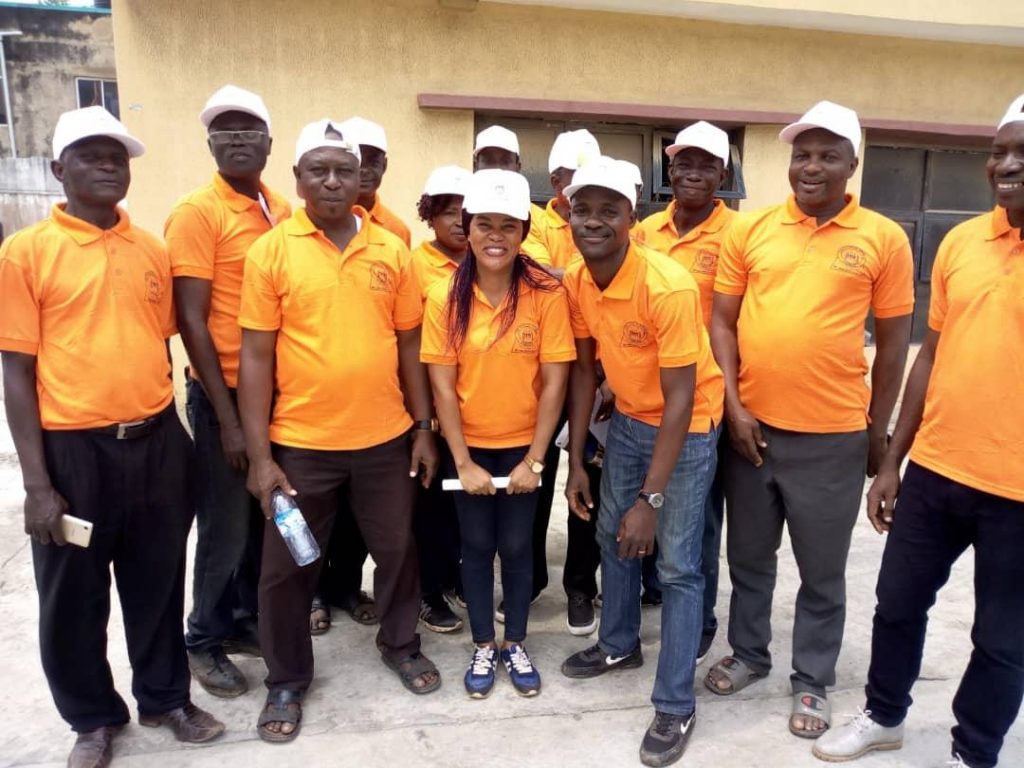 Their groves rise from the operation of a disparate group of over 50 Tank farms operated by 13 marketing Companies.

This  ugly   situation   led to a massive protest by the residents who trooped out on Tuesday ,July 9, 2019 to condemn what they describe as unwarranted invasion of their  community by the oil company. They therefore insisted that the operators should relocate their companies to another area as the current is becoming inhabitable due to environmental   pollution   ravaging  the  community.

According to the chairman, Satellite Town Forum, Mr. Michael Imitinl, all government agencies should plan well before approving location of facilities in areas to avoid ugly situation in future just like what is happening in the  Niger Delta.

However, we also  heared  the side of Tank Farms  via  the  secretary,  Ijegun-Egba Tank Farms Owners/ Operators, Satellite Town, Lagos Barrister  Eslist  Eslist who explained, ‘What is essential  is that, whatever we discussed at inception of the relationship  is that both parties should adhere to the black and white of the deal. 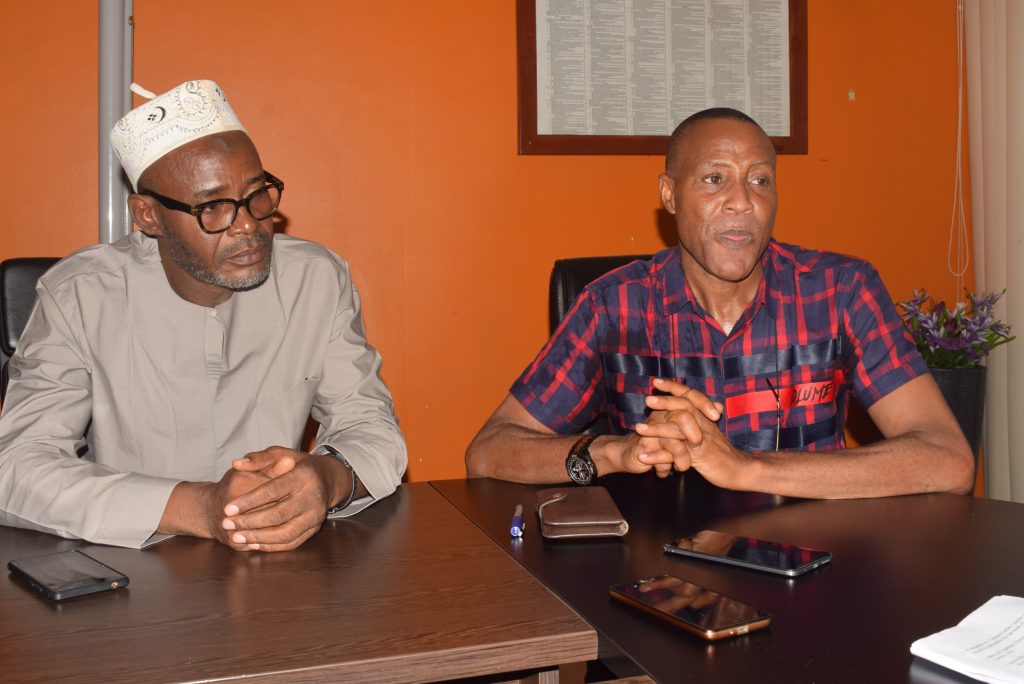 We don’t have issue, their demand are roads, infrastructural deficit which civil construction are going on  at Pioneer Road, the road will be fully rehabilitated.  Before our company starts operation at Satellite Town,  we have to pass through Marwa Road, every collapsed portion in that area has  been rehabilitated by our Tank Farm is 3.8 km road beginning of Marwa Road down to the end is long term measure with   expansion and  the drainage. The  issue  of flooding whatever concerns the community also concerns us. We want to take water out of the Community down to the lagoon. Work is in progress and the engineer in charge is the Nigerian Army  Construction  Company .  Eventually, whatever that is affecting the community in terms of drainage, water and flooding has  been addressed. An  expansion  of the road is on going which will  be completed soon.  What   we  need   from the  community is cooperation in terms of relationship.  As a corporate organization, enjoying   good relationship with the community people is our priority. 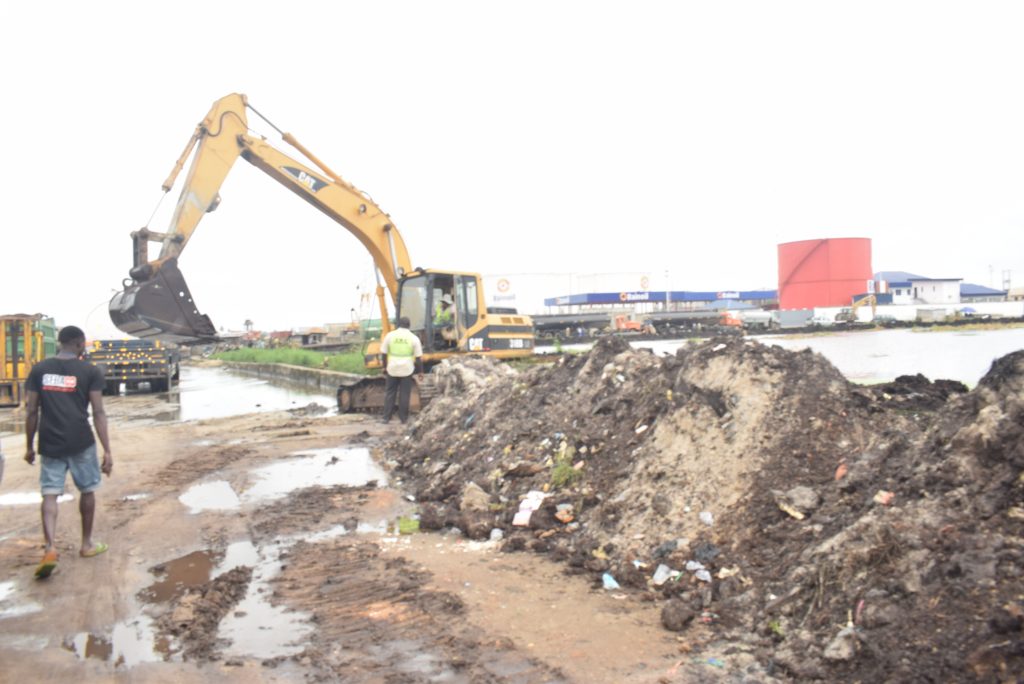 We have had several meetings and  the  most  important thing is whether the work we promised  has commenced or not. Yes, it has commenced, and they are seeing it going on smoothly, and this is why we are appealing to the Community to  be   patient as the work goes on. We are on the job, and will not abandon the job half-way until it is finished  beyond  logical  conclusion.  Above this, our presence, whether you like it or not,   has made this community a better one in the  eyes  of the external world,  and we are even making moves to make satellite Town/ Ijegun Egba Community more attractive. It is only good for our Company, not the Hearken to the needs of the Community and we are ever ready to give them what they most desired as  part of our Corporate Social Responsibility.  We have a cordial relationship with the Community, and it is only a foolish businessman that will operate in a hostile environment, especially when people around him are unhappy. They believe that Tank farm will turn the place into an economic zone, and the Government will be easily attracted to the Community. That is why the LASG has been sending their Interventional team to establish a fire- fighting unity in the Community, just as Tank Farms has established its own fire combating outfit, which can also serve the Community, in case of any unexpected fire outbreak. 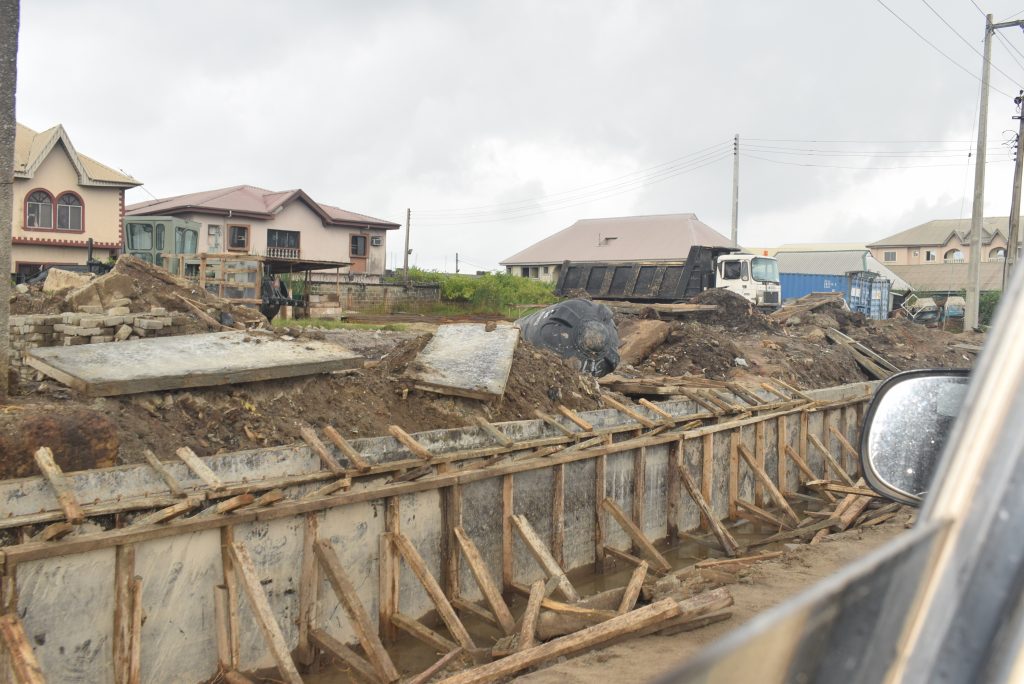 We are not here illegally we are here Legitimately, and all Companies are duly approved and licensed by Government, so whatever we are doing here is backed by law, and we can only add value to the surrounding Communities by giving them what they lack, by way of Amenities.

On whatever there were prior meetings between firms and the Community, it was ascertained that several meeting were held between both parties and those meetings  ended

in mutual agreement of how the company and the Community can move forward in terms of community development and Corporate Social Responsibility on the part of Tank Farm.

He said,  we have met with the Community severally, and we have briefed them on the work that is going on which they readily saw and identified. Actually, we are supposed to have started earlier than this, but because of the rain, we had to start in May, and hopefully, when the rain  subsides, we should be through with the work by the end of September, all things being equal why the work has not been progressing is because of the weather; if not so the work should have been completed since but that is not an excuse for us.  We can only hope that the Community will bear with us, even as they can see that work is going on steadily and in no time, they will begin to enjoy the goodies of the job. 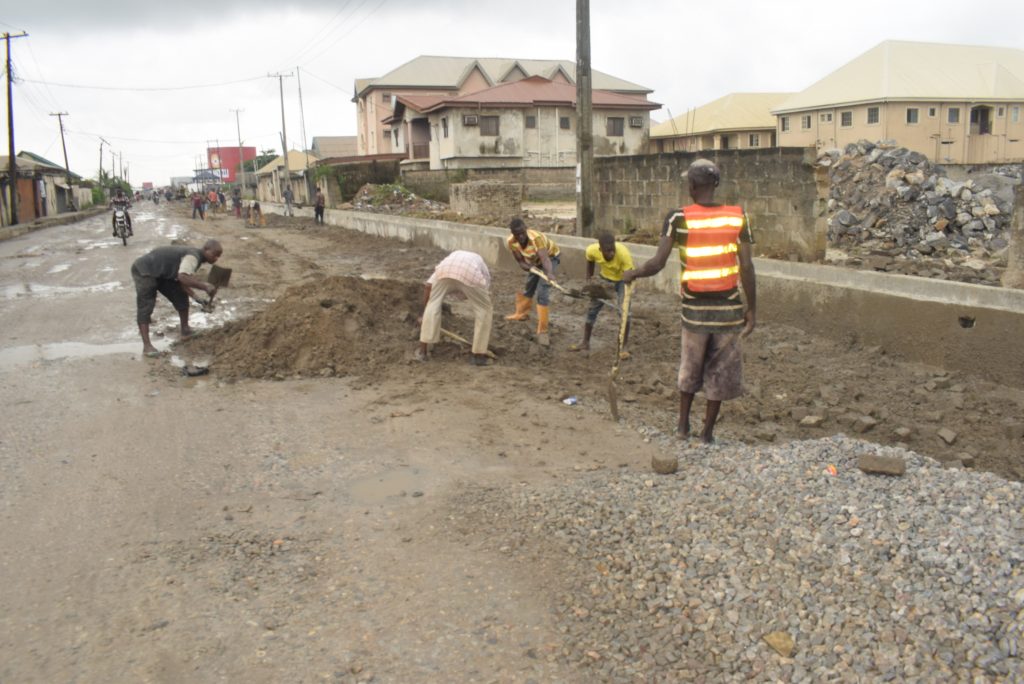 Another issue is that of misplacement of trust among the various parties involved. Many meetings were called and invitation sent to the community to address the main issue, only for the Community to renege and give them their own condition, which was to come and meet them at their own behest, with express permission and approval from their directors. They are however waiting for another meeting that can be mutually fixed and issues settled amicably. As for the Tank Farm, they have been job opportunities for the community, and this will not stop  because as long as the  inhabitants  are gainfully employed, the Tank farms will also be greatly rewarded by what the people are giving back to them. So it is a gain-gain situation for the two parties. Tank farms and satellite town entities. Good enough, all the Tank farms have now come together as one body to come as a positive Form in aid of the Community, and this is a good signal for good things to come  which include, 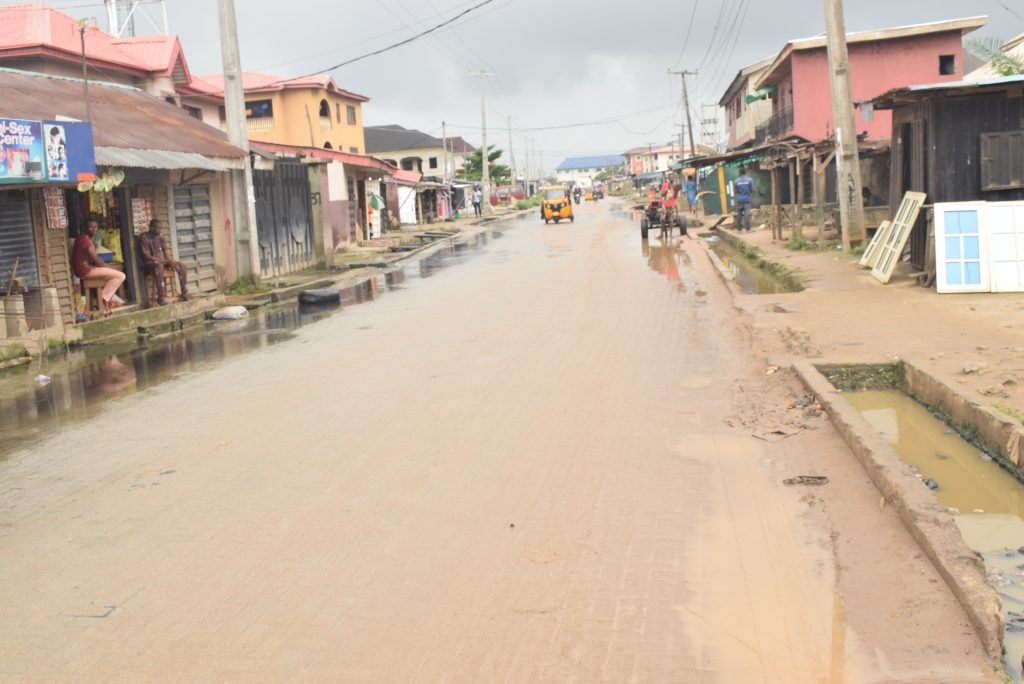 medical facility, education, social amenities that will further raise the standard of the satellite town Community. This will be coming as a collective responsibility of the Tank farmers and the host Community. 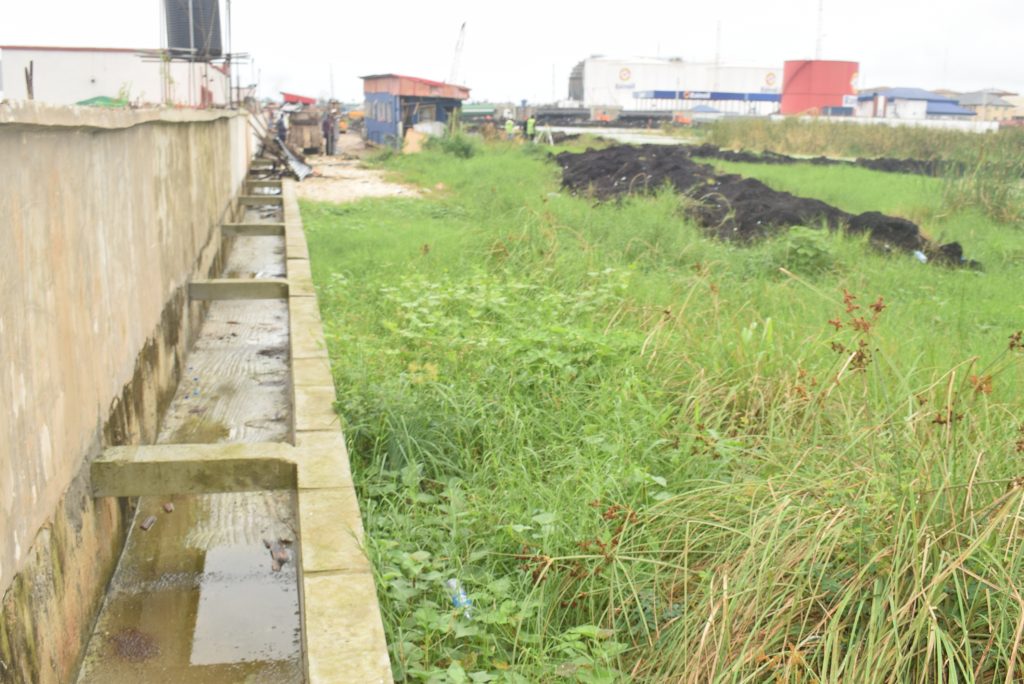