Things to know about the man popularly called Peperito: 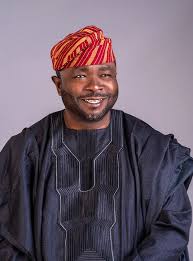 Lagos East Senator Adebayo Osinowo died in the early hours of Monday after a brief illness.

1. Osinowo had his primary education at St. Augustin Primary School in Ijebu-Ode and his Secondary Education in Issoyin Grammar School, Isoyin.

2. In 1977, he started his career as a Land Officer at the Federal Ministry of Works till 1979 before becoming Managing Director at NITAL International from 1986 to 2003.

4. Osinowo served as a Youth Chairman of the Social Democratic Party (SDP) in the Third Republic, which kickstarted his political career.