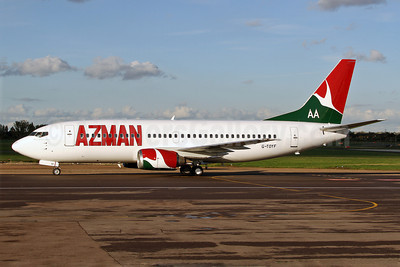 Azman Air has announced the suspension of flights to Kaduna over the recent attack on the Kaduna International Airport.

The airline’s management disclosed this in a statement issued on Monday.

Our correspondent, on Saturday, reported how terrorists had shot into the runway of the airport, killing a security guard.

The terrorists were, however, repelled by security operatives.

An Azman Air flight was said to have been delayed for 44 minutes as a result of the incident, but passengers on the aircraft flew safely from Kaduna to Lagos.

Giving an update on its decision following the incident at the airport, Azman Air said the suspension is to ensure that the safety of travellers and workers is guaranteed.

“The management of Azman Air will like to inform the general public that we will be halting our operations into Kaduna airport for a few days.

“We understand the security situation around the airport has been handled and normalcy has been restored accordingly, but it is imperative for the management to re-evaluate its operational procedures into the airport to ensure maximum safety of equipment, staff and passengers are fully guaranteed.

“The bedrock of our operations is safety and we will continue to explore every option to aid its delivery to the highest standard,” the statement read.