UPDATE : How SARS operative threw me off two-storey building, by Lagos trader 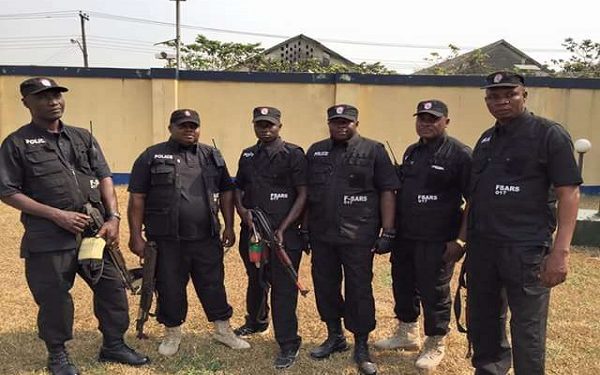 The picture – a bearded, fair-complexioned man – and his phone number were tendered by phone accessories dealer, Ndukwe Ekekwe. Ekekwe, 34, identified the face as “Hamzah”, adding that he was on the disbanded Special Anti-Robbery Squad (SARS) team that in February 2018, arrested, brutalised and threw him off the shopping complex at Alaba while his hands were handcuffed behind his back.

The petitioner said Hamza was the Investigating Police Officer (IPO) that took him to the hospital after his teeth was broken and his spine severed.

Ekekwe made his allegations while being cross-examined by the police before the retired Justice Doris Okuwobi-led panel. He began his testimony on October 27, after submitting his petition to the panel. At the resumption of proceedings, Ekekwe fielded questions from police counsel, Emmanuel Eze.

On how he identified the men that arrested him, Ekekwe, who testified in pidgin English, said they wore “SARS” bibs.

When asked whether he could identify any of the SARS officials. Ndukwe said yes – he got a photo from a WhatsApp status.

He said: “When they came to my shop at the Alaba International Market, they wore T-shirt with FSARS, written at the back.

“Among them, I know and identify the IPO. His name is Hamzah and I have his phone contact. I was able to get his picture through the number he gave to my mother when I was at LUTH (Lagos University Teaching Hospital). His number is 07060712007.

He is one of the officers. He was the person that arrested me and took me to the Ikeja Police Command for torturing. Eze: “Does this picture suggest the person is a SARS officer?”

Ndukwe: “I no wear eye glass na. Na the person wey carry me go detention” (I can see clearly. He is the person that took me to detention).

The photo was tendered and accepted by the panel as exhibit. When the prosecutor required Ekekwe to look again because “the photo doesn’t look like a policeman,” Ekekwe insisted he couldn’t possibly forget the man.

“They brought me out at 12 noon and broke my teeth during torture. I can only recognise the two people that came to arrest me, at the station other people joined in torturing me “They did not take me to the hospital after the torture.

I only spent two days in their custody. I was arrested around 2pm and by 8pm, they took me to my shop, on getting there more than 20 people were already on queue in front of my shop, they started carrying all my goods,” Ekekwe said.

He added: “As I was shouting to see if people could come to my rescue, the commander asked them to keep me busy so two of them took me away from my shop up stairs and one of them pushed me down.”

The petitioner said he didn’t know which of them pushed him because it was late and there was no light.

He added: “Chairman, my hand dey back o. And na night…I no know the exact person wey push me.” Shortly afterwards, Eze sought for and obtained an adjournment. Proceedings resume December 1.