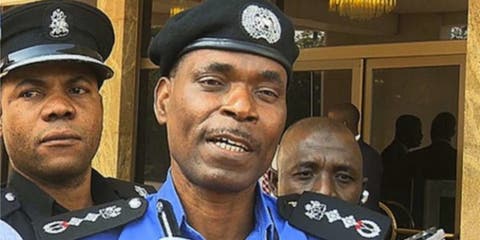 Inspector General of Police (IGP), Mohammed Adamu, has again directed that all policemen attached as personal security to notable personalities and organizations, be withdrawn.

Adamu had on October 21, 2020 in a wireless message, ordered that all policemen serving such purposes be recalled as part of efforts to reorganise and boost internal security nationwide.

Those exempted from the order were those attached to Government Houses, the Senate President and the Speaker House of Representatives.

However, despite the order then, it appeared policemen went on protecting those they were not authorised to.

A letter with reference number CB: 4001/IGP.SEC/ABJ/VOL.116/32 dated November 4, 2020 and addressed to Commissioners of Police across the country, Police Mobile Force and the Special Protection Unit, listed names and organisations, whose police security should be withdrawn.

According to the letter endorsed by the Principal Staff Officer to the IGP, DCP Idowu Owohunwa, and sighted by The Nation on Saturday, the withdrawal was with immediate effect.

The letter partly reads, “The attention of the IGP has been drawn to the fact that the police personnel attached to the corporate bodies and personalities are yet to be withdrawn despite extant directives to that effect.

“In line with the subsisting order, the IG directs that you withdraw all the PMF, SPU, CTU, or conventional police operations attached to the affected companies or individuals in any of their locations across the country with immediate effect.”

The IGP directed the senior officers in receipt not the memo, to submit a report confirming compliance not later than November 10, 2020.