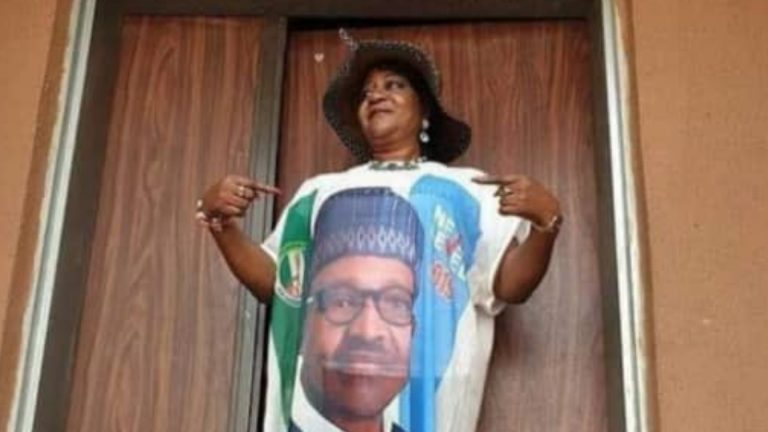 They said the Senate has restored its integrity and restored hope in democracy.

The committee as reported by this newspaper recommended the rejection of Onochie because his nomination runs against the federal character principle.

When the recommendation was put to voice by Senate President Ahmad Lawan during plenary, the ‘nay’ response was unanimous and unmistaken.

Lawan consequently hit the gravel to ratify the vote and disqualify Onochie.

Prof. Muhammed Adam’s nomination was stepped down while five other nominees were cleared.

The Centre for Transparency Advocacy (CTA), Coalition of Northern Groups (CNG) and Democracy Vanguard of the Citizenship Civic Awareness Centre (CCAC)  expressed support for the action. So also was the Peoples Democratic Party (PDP).

Onochie’s nomination in 2020 for the job by President Muhammadu Buhari had been widely criticised by many, including the PDP and a former INEC Chairman, Prof. Attahiru Jega, on the grounds that it would  affect the neutrality of INEC as an electoral umpire.

The PDP went a step further to petition the Senate Committee on INEC, asking for her disqualification.

At Tuesday’s plenary to confirm seven nominees as INEC commissioners, members said no to Onochie and stepped down the clearance of  Prof.  Sani  Adam (North Central) to allow for further legislative action.

The decisions of the  Senate  followed the consideration of the report of its  Committee on INEC, presented by the Chairman, Kabiru Gaya.

Oyebode, a former dean of the Law Faculty, University of Lagos,   said the decision to reject Onochie’s nomination had brought relief to the nation.

He said: “I think that Buhari should have learnt his lesson, eating the humble pie because his nominee did not cross the hurdle.

“Notwithstanding their reason for her rejection, her rejection has brought some sense of relief to Nigerians.

“It would have been a tragedy if the decision went the other way.  The ruling class in Nigeria should stop making avoidable mistakes.”

The PDP, in a   statement by its spokesman, Kola Ologbondiyan, described the  Senate’s decision as a triumph of the Nigerian people over an attempt by the Buhari administration to corrupt and hijack the commission ahead of the 2023 elections.

The statement read partly, “The party asserts that Onochie’s vexatious nomination, in total an affront to paragraph 14 of the 3rd schedule of the 1999 Constitution (as amended), was a very dangerous machination by the Buhari-led APC(All Progressives Congress) Presidency against our electoral process, in the attempt to subvert the will of the people in the 2023 elections.

”The APC, in spite of its shenanigans is aware that it will have difficulties winning election at any level in a free, fair, and credible election, and as such it is determined to rig every process ahead of the 2023 elections.”

It also urged”Nigerians not to rest on their oars but to continue in this spirit in fighting for our democracy, particularly in further resisting the attempt to alter the Electoral Act to prohibit direct electronic transmission of elections results from polling units.”

Fayose said Onochie’s rejection ”portends great hope for democracy.” Yesufu said she “wouldn’t put it past Buhari to send her name again’’ to the Senate for screening.

Fayose wrote: “On rejection of Lauretta Onochie’s nomination as INEC Commissioner, I commend the Senate for listening to Nigerians.

”This portends great hope for democracy  and  I hope the NASS(National Assembly) can go further by subjecting itself more to what represents the interest of Nigerians.”

Yesufu said: “This is the second time Lauretta Onochie @Laurestar has been rejected by the Senate.  Wouldn’t put it past Buhari to send her name again.”

CTA, in its reaction, said the Senate has preserved INEC’s integrity. But it    asked  Civil Society Organisations (CSOs) and Nigerians to still be vigilant on the National Assembly’s ongoing consideration of the Electoral Bill.

The CTA, which made its position known in a statement by its Executive Director, Faith Nwadishi, said Onochie was rightly seen by Nigerians as partisan and toxic.

It added: “She  lacks the integrity to assume such office as a national commissioner and a policymaker in a sacred office like the Independent National Electoral Commission.

”The Senate has done the needful by listening to the voice of the people even though pressured by Nigerians to be accountable to the people and represent the interest of the people.”

To the CNG, the Senate acted in the national interest by rejecting Onochie.

CNG spokesman, Abdul-Azeez Suleiman, said: “The rejection of Onochie by the Senate shows that the federal legislature is beginning to live up to its expectation of not being a rubber-stamp for the executive.

“A person who is supposed to be an arbiter, a person who is expected to be a fair judge in an election should not have raised such controversy even before her appearance.

“Respectfully, if I were her, I would have just declined the offer because nobody would accept whatever she gives at the end of the election because of this controversy.

“I think what the Senate has done is in the national interest.”

The national coordinator of   CCAC,  Adeola Soetan, described Onochie’s nomination as an “anomaly”.