Update : Insecurity : Why Amotekun is not yet functional in Lagos, by Sanwo-Olu 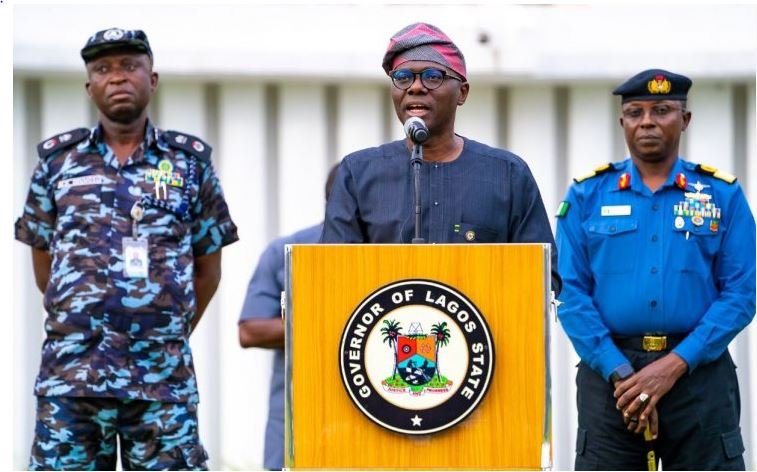 The Amotekun Corps has not been integrated into the security architecture in Lagos because the state lacks a formal operational base for it to function, Governor Babajide Sanwo-Olu said on Monday.

The Governor spoke on Arise Television while answering questions on how his administration has fared in the last two years.

According to him, the concept of Amotekun was for members of the Corps to focus on border patrol by going into the forest, gather information, and relay same to security operatives for further action.

He said: “I was in the committee on Amotekun and I supported it fully. The concept of Amotekun is for the corps to go into the forests and focus on border patrol.

“But what borders does Lagos have? Is it Berger bus stop where we don’t even know where Lagos ends or begin? We all need to think out of the box and proffer local solutions peculiar to each state.

“Each state has its own challenges; ours in Lagos is not having forests where kidnappers hide but our challenges revolve around cultism, traffic robbery and others, which we need to deal with. I need to think global but act locally to solve these peculiar problems.

“It’s not just about the fanciful name of Amotekun but in the quality of what we are seeking to achieve; it’s all about intelligence gathering; going into the communities to gather information for the real security operatives to deal with. So my colleagues agreed that Lagos should strengthen the 6,500 men in its Neighbourhood Watch Corps for this purpose.

“We even gave 1,250 men of our neighborhood watch to the police to support their community policing while Lagos still pays their salaries. So we need to go back and recruit this number back to strengthen the corps.

“We have also approached the traditional rulers and local government chairmen to give us men who know and understand the community well for this purpose.”

The Governor also said insecurity still thrives in the country because there is no consensus as to establishing state police.

He added: “Insecurity is thriving because we have not agreed, as a nation, that we should have state police. Amotekun and Neighbourhood Watch are reflections of state police and if members of these groups are properly trained, they will become stronger, and challenges around kidnapping and others will be nipped.

“Whether Amotekun or Neighbourhood Watch, these are all pointers to the necessity of states to have police to make them stronger. All the kidnapping and killings we have been witnessing can be nipped in the bud.

“The Inspector General of Police (IG) will be in Lagos in two days and these are conversations we would have and take steps on.”