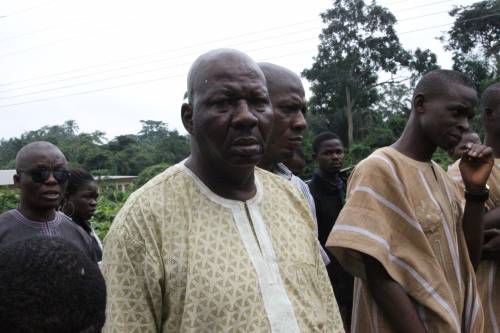 The Theatre Arts and Motions Pictures Association of Nigeria (TAMPAN) has denied abandoning one of its members, Babatunde Omidina, a Yoruba movie comedian, in the hospital.

While speaking with reporters on Monday, in Abeokuta, Bolaji Amusan, the National President of the association, said the report was concocted and sponsored by mischief-makers to discredit TAMPAN.

Amusan, popularly known as ‘Latin’, said the association had been taking care of the veteran actor’s medical bills since 2017, under the administration of immediate past president, Dele Odule.

He said: “I have just instructed the Lagos executive of the association to check on him to ascertain his health progress.

“I can tell you that we have not abandoned  Baba Suwe, as well as any of our members, as being speculated in some quarters by mischief-makers.”

Amusan also added that they had designed a new policy to help members of the association.