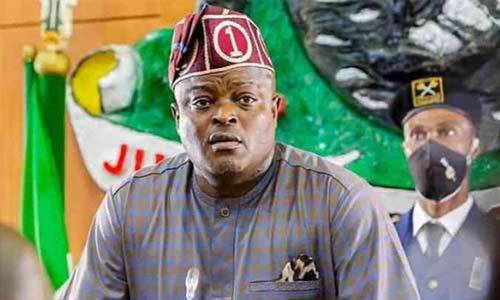 The House made the resolution to approve the governor’s request sequel to the presentation of the Committee on Finance report during plenary session in Lagos on Monday.

The News Agency of Nigeria reports that the House had received the request from the Executive on June 21 “and was committed to the Committee on Finance to further look into it and report its findings to the House.’’

The committee’s Chairman, Mr Rotimi Olowo (Somolu I), in his presentation, said the state would become the subsisting shareholder of LCC with 75 per cent shareholding and the Office of Public Private Partnerships shareholding of 25 per cent.

The lawmaker added that this was a sequel to the buy-out of all the shareholding interests of the company by the state government.

Olowo further said the original $53.9 million loan obligation from a private sector facility had been resolved after series of engagements between Africa Development Bank, the company and the state government.

He said, “The agreement was to convert the loan to a public sector facility with the benefit of a considerable reduction in interest charges of 1.02 per cent of $1.12 million biannual.

“The House, therefore, granted the executive the approval to convert the AFDB loan to the public sector loan backed up by sovereign Federal Government guarantee on behalf of the state government.

“This also authorises the state government to issue a counter-guarantee in favour of the Federal Government along with an Irrevocable Standing Payment Order (ISPO) to deduct from the state’s statutory allocation.”

Olowo noted that the servicing of the loan obligations would have a maturity till August 2034.

Debating on the report before the approval, Mr Gbolahan Yishawu (Eti-Osa II) supported the committee’s recommendation, saying “it was a smart move as the interest rate would not injure what the state was spending on capital expenditure.’’

Yishawu added that it would also reduce the interest risk as well as the rate by moving the loan from private to public sector.

Mr Abiodun Tobun (Epe I) said the saving of 3.1 per cent in interest rate difference would reduce the burden on the state government and encourage the savings to be used to develop other sectors.

Mr Femi Saheed (Kosofe II) said restructure of the loan was an indication of the transparency in the state financing, saying it gave add-on flexibility for the additional years granted for the repayment of the loan.

Saheed noted that the request was a standard financial procedure practised all over the world.