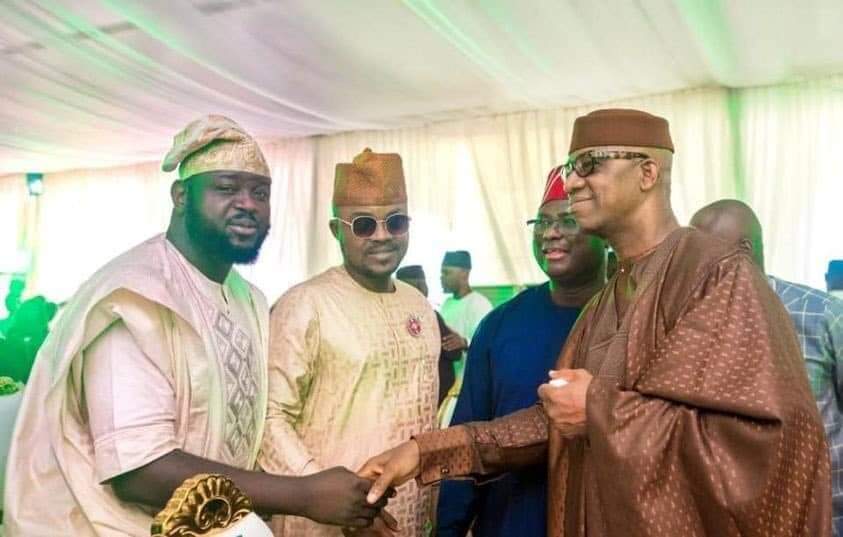 The “discovery” includes electronic documents in a variety of formats, and contains personal information or “sensitive financial information.”

The United States government has submitted a 97,000-page material in court as part of evidence of alleged fraud against Abidemi Rufai, a suspended aide of Governor Dapo Abiodun of Ogun State.

The voluminous material was produced at the U.S. District Court for the Western District of Washington at Tacoma, on July 26, a court filing obtained by our correspondent stated.

“Discovery in this case is voluminous and complex,” the prosecution and the defence said in the document they jointly filed to ask for the postponement of the August 31 trial date.

The agreed application filed on August 3, 2021, apparently based its assessment of the complexity of the case on the volume and nature of the evidence filed by the prosecution.

“In addition, the government is in the process of executing two additional electronic search warrants.

“The discovery includes electronic documents in a variety of formats,” the document stated in part.

It added that much of the material “contains personal identifying information or sensitive financial information.”

Considering the nature of the material, both parties agreed that a protective order is required to “restrict defendant’s review of the material to certain authorised places.”

“Further, much of the material may need to be redacted before it can be provided to the defendant,” the document added.

Mr Rufai is part of many Nigerians charged with cybercrime-related offences in the U.S.

Newsthumb reported how he was arrested in the Eastern District of New York while trying to jet out of the U.S. on May 24, 2021.

He is accused of using the identities of more than 100 Washington residents to steal more than $350,000 in unemployment benefits from the Washington State Employment Security Department (ESD) during the COVID-19 pandemic last year.He is said to have bypassed security systems at the Washington ESD using a simple feature of Google’s free Gmail service.

On May 26, 2021, a grand jury approved an indictment charging the defendant who has remained in custody since his arrest with 15 offences.

He was arraigned before the court on June 25, 2021 when he denied the charges by pleading not guilty to all counts.

Both the prosecution and the defence have asked for a postponement of the trial date.

The agreed application is based, principally, on the concerns expressed by Mr Rufai’s lawyers about their need for more time to prepare for the defence.

“The defence requires additional time to review and analyse the government’s discovery production, to consult with its client, and to conduct its own factual and legal investigation before it can prepare pretrial motions or prepare for trial,” the document reads, partly.

It reads further, “Defendant and his attorneys believe that the failure to grant a continuance of the requested length would unreasonably deny the defense the reasonable time necessary for effective preparation, taking into account the exercise of due diligence.”

The document added that while the defendant’s New York-based attorney “has met with him in person on multiple occasions, his Seattle-based attorney has not.”

It added that Mr Rufai, was “presently in transit from New York” to Tahoma, Washington, where the trial is to be conducted and might not arrive until August 13.

A federal magistrate in New York granted him a $300,000 bail bond but he could not get a surety.

Newsthumb reported that his brother, Alaba Rufai, initially presented to the court, declined to be his surety.

Defence lawyer, Michael Barrows, on May 21, subsequently presented Nekpen Soyemi, a registered nurse, whose family comes from Nigeria, as the new proposed surety.

But the U.S. government later exposed her as a “suspect in an investigation into an email impersonation scheme.” Her husband, Idris Soyemi, is also said to have been convicted for wire fraud in 2014.

The U.S. also accused him of indulging in surety fraud by presenting Mrs Soyemi as his surety when they never knew each other before, although his lawyers denied the allegation.

While he was still struggling to get a surety, the U.S. government on May 24 filed an emergency motion of stay release order before the United States District Court at Tacoma, Washington.

In a ruling delivered on June 25, the U.S. District judge, Benjamin Settle, in Tacoma, granted the order of stay of release, agreeing with federal prosecutors that Mr Rufai represented a flight risk.

The judge ruled that Mr Rufai should remain in jail for his trial.